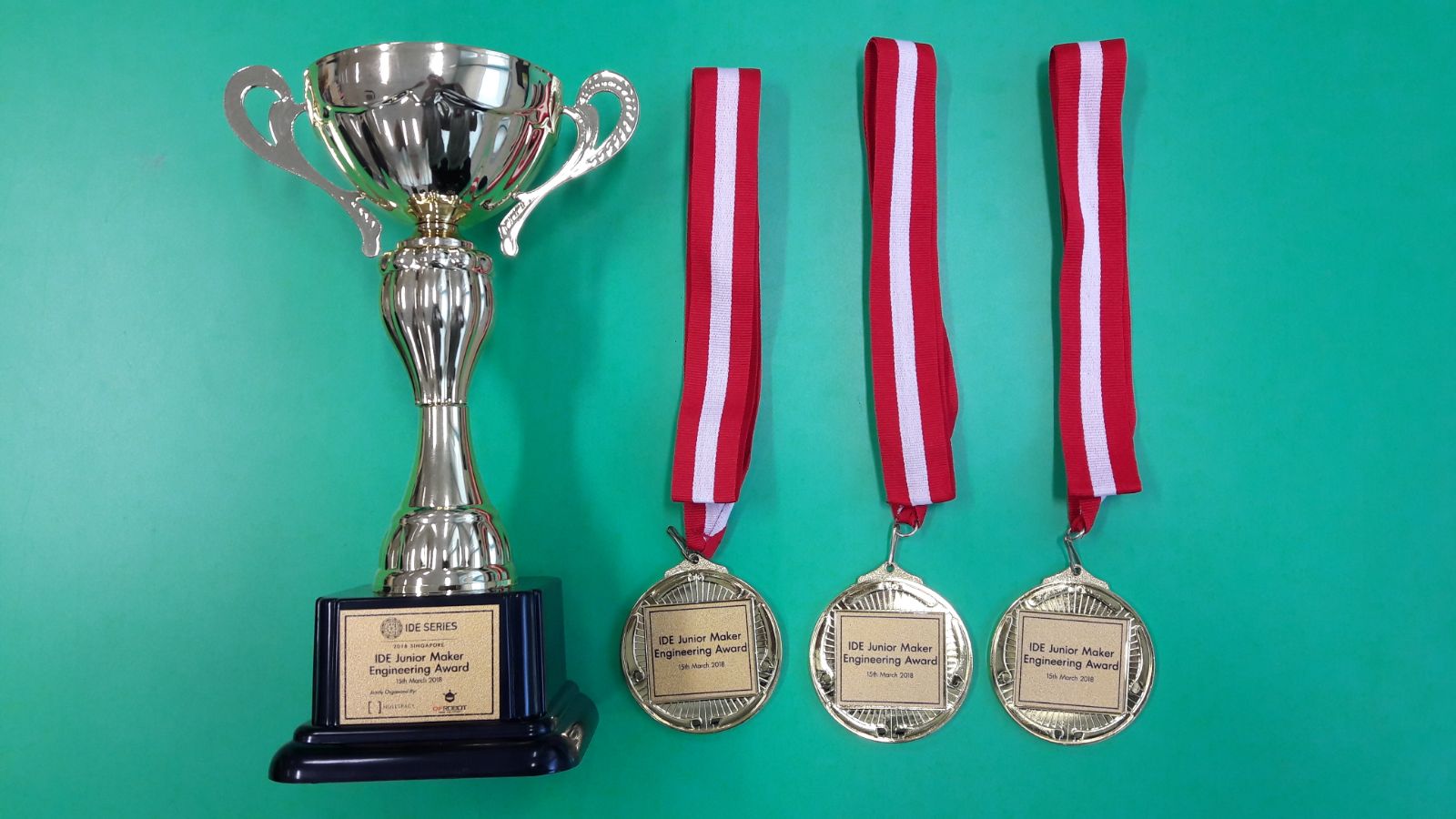 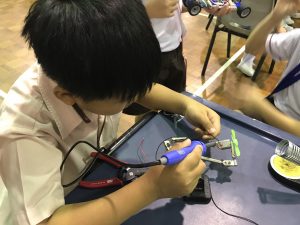 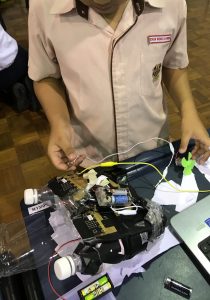 When I first prepared for teaching skills relevant to CoSpace Rescue I thought this would be a relatively poor platform for learning proper software engineering techniques and computational thinking.  After teaching CoSpace-based curriculum for a few months in both Primary (Zhenghua) and Secondary (Pei Hwa) CCAs I have to admit the virtual simulation platform is starting to grow on me. 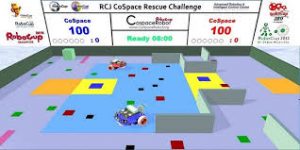 Unfortunately, as I have become more enthusiastic about the CoSpace framework, I’ve also simultaneously realized that my first instincts about it are also true.  As a gamification system for coding, CoSpace Rescue works well.  For the Primary School level, the GUI really helps in removing obstacles to getting started, as opposed to an all-text-based coding environment.  Kids can quickly add rules and test various event-based decision trees, without knowing any coding language.

They quickly internalize boolean operator concepts, and competing decision priorities and choices.  It isn’t a very big jump from that to utilizing state variables to create simple state machines.  Still, it has been challenging to get students used to this environment to shed the security and comfort of the game GUI with the freedom and efficiency of pure and abstract C coding.  Without the ability to abstract from the Simulation Gaming environment to the underlying C code, the students are unable to make the leap of faith and leap of computational confidence to go hacking.  That’s where the benefits of the platform start hitting a serious wall – students inculcated in nothing else for several years turn into great CoSpace Rescue developers, but not great developers… A work in progress.

Still, I’m proud of the Junior team at Zhenghua who managed to clinch the ambiguous “Judge’s Award”! 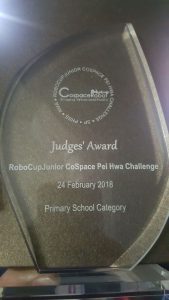 On Thursday, 1 March, we brought two teams from LEGO Education’s own collaboration space – Innovation Labs at the Science Center.  The experience of coaching a group of disparate primary school children from various schools and backgrounds proved more challenging than I initially thought.  There was a lot of tension, angst, and misunderstanding as we tried to get 8 kids to gel as two teams over a short period of time, where we barely had enough sessions to get the kids ready for the competition. 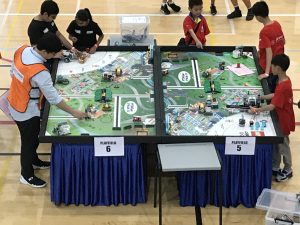 Luckily, some of the parents really stepped up to support us and the kids through the process.  The parental dimension added some of its own challenges, but overall it really helped the kids see the effort as important, relevant, and valuable.  The adults kept the kids fed, helped getting them focused and attentive, and even suggested design ideas that the kids were free to do with as they pleased.

Finally, in the last week after Chinese New Year, the teams started kicking into high gear and got their acts together.  By the end of our last session, we had the kids running through a mock competition round.  Spirits were a bit low as the teams could not complete more than 3-4 missions each per round.

Still, the teams seemed to perform fairly well with their presentations, and had some success and luck in round 1, so that one team managed to make it to finals.  During finals, the team went the extra mile and managed to complete a round with 100+ points – getting closer to Secondary school averages.  The competition doesn’t have separate divisions for the Secondary and Primary levels, so kudos to the kids for trying their best against Goliaths!

Awesome FLL-themed cupcakes, baked especially in honor of son for his participation in finals, by his momma, who runs Cuppacakes: 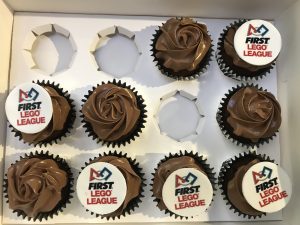